Opposites Attract… Or Do They? 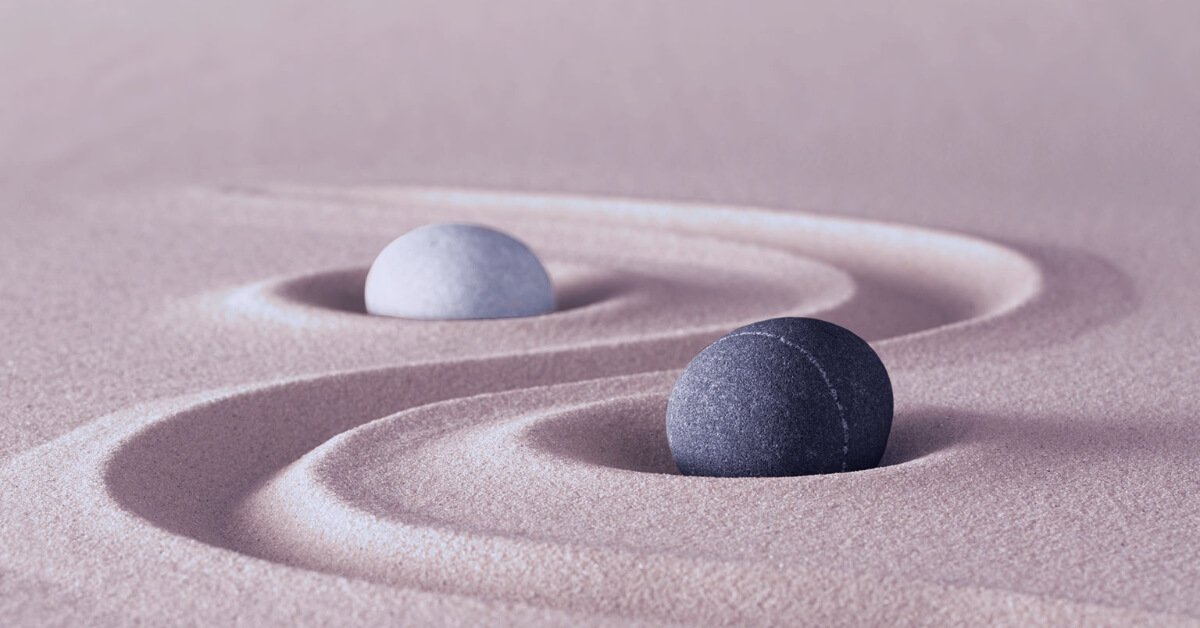 Have you ever noticed that some of your best friends are your ‘opposites’? Sometimes our ‘opposites’ can be people who seem to drive us over the edge – why is that? Perhaps Astrology can help us with this key.

One’s weaknesses are the other’s strengths.

When we talk about signs such as Gemini or Pisces, we often refer to them as ‘dual’ signs: Gemini – the twins, and Pisces – Fish swimming in opposite directions. But did you know that we ALL have dual sides to us – and mainly it can be found in our ‘opposite’ sign? And so we say “opposites attract”.

This sign opposition is probably best known as the “me versus we” axis. Even in a group setting, Aries/Libra people tend to see it as a one-on-one relationship with the concept of ‘self’ being extremely important.

The interesting concept with this polarity group is the projection of issues onto the ‘other’ sign. One big lesson in this polarity is the acceptance of responsibility for self lessons. We see the loss of empowerment when the ‘fault’ is blamed on others.

In a zodiac setting, both of these signs show on an angle which gives a lot of strength to their sign. And it gives them a cardinal quality – making them step up to leadership roles. Often, Aries tries to establish an identity while waiting to see if others concur, and Libra will consult others to see how she/he should be. Both signs struggle between the need for independence (Aries) and dependency (Libra). “Power through compromise” is a strategy that both signs will employ.

The polarity comes in the way they both deal with relationships. If Aries realizes she/he cannot achieve something alone, they will strike up a relationship so that “we both can benefit.” If Libra realizes that he/she wants something, they will take charge and create a relationship to get what they need.

This polarity is best considered as a “mine versus ours” axis. Both Taurus and Scorpio are ‘fixed’ signs – so there is a bit of stubbornness going on within these signs. This makes them somewhat resistant to change and often a huge fear of the loss of control. Having both of those signs go head-to-head on issues can be painful to watch. Often, we see the struggle between dealing with money and possessions and what the pair own. These are the signs best known for the extremes.

Taurus can be extremely possessive, and for some reason, Scorpio always seems like they are in some type of crisis. It is a strong need for these two signs to be perceived as having talent and good values that often enables them to overcome their power struggles.

For those two signs to come together as a partnership, they certainly must learn what it’s like to give and take.

This polarity is referred to as the “near versus far” axis. Both of these signs are considered ‘mutable’ signs which means they can be extremely changeable. And herein lies part of the problem.

They both love to talk and communicate on a variety of topics – they are the ‘yacker’ signs within the zodiac. Gemini’s comments are often all about perception – how they perceive things to be. Whereas Sagittarius’s comments are often about viewpoints – they consider everyone else’s opinion to determine their own.

The Gemini can often start by talking about every little detail and winds up blowing it all out of proportion. The Sagittarius starts with a burst of lofty ideas and gets tripped up on discovering the ideal isn’t practical enough to do. So, they both have an opinion on how things could best be done but they come at it from two different viewpoints.

Gemini sometimes can be rigid in their thinking without being willing to change their perception (be it right or wrong) and they will argue their perception is correct. Sagittarius can be hypocritical about society’s way of handling end products when it is truly the viewpoint of everyone else – the majority rules.

This polarity is referred to as the “nurture versus nature” axis. It is like a nurturing parent versus an authoritative parent, home versus career, private versus public. Again, we see this group as the Aries/Libra polarity – showing up on the angles of the chart. This makes them Cardinal signs – great strength within. Security is the major thing for both signs, and they go after it in two very different ways.

Cancer individuals work very much on their gut feelings. They can be very domineering in trying to “take care” of people. When people are secure, they feel secure. When Cancers are not allowed to nurture as they wish, they can become like their ‘opposite’ sign of Capricorn and will become aloof.

Capricorns, when not feeling secure, will become very defensive. They feel that if they have some sense of authority, this, in turn, gives them security. Capricorns look to get
R-E-S-P-E-C-T (Aretha is a Capricorn). When they feel they don’t get it, they can become moody and irritated (like Cancer).

This is also known as the ‘Love axis” within the zodiac. Leo needs to learn to express love without always looking for the approval of others. Aquarius must learn to accept and recognize the love that is given by others. People with this polarity accentuated in their charts must also learn the difference between love (Leo) and true friendship (Aquarius).

This is very much an ‘individual axis’ as both of these signs are very different and unique. Leo needs to know that people ‘love’ them and ‘adore’ them and ‘approve’ of them. Sometimes we can see this in exhibitionist styles, such as Madonna as she seeks approval from others. Aquarians are loved by many but they do not allow people to get close to them. And they often do not realize how they are held in high esteem by others. Their mindset is “save the world” and if people love them along the way, well, that’s a bonus.

Funny Sidenote: I am an Aquarian and I have 3 friends in Leo (lots to be learned there!). One of them is a fellow astrologer. When we spend time online and we talk about putting together Astrology programs, she often teases me about my ‘humanitarian attitude’ – such an Aquarian mindset! We just naturally fall within our Sun signs.

Sometimes this can be called the ‘perfection’ axis, as well, because Virgo constantly looks for the perfect time to do things. They are very detail-oriented; sometimes they get caught up in too many details and so it stalls life for them. Pisces, on the other hand, can get caught up in the emotional dramas that go on around them. And so they can often get lost in determining the bigger picture.

They are known as the service axis because if there is a sign that can become a workaholic, it can be the Virgo. Mainly this is not for ‘self’ purpose but rather that other people would see they are pulling their own weight. Pisces can be a workaholic if it serves others. They are the sign that would give away their last loaf of bread while they starved to death.

Do Opposites Attract? Yes, without a doubt.

Would I recommend a marriage relationship with your opposite polarity?

So for now, look at the polarity of the sign opposite of your Sun sign and learn how it affects your personality. Attraction is there simply because we have something to learn from our polar opposite!