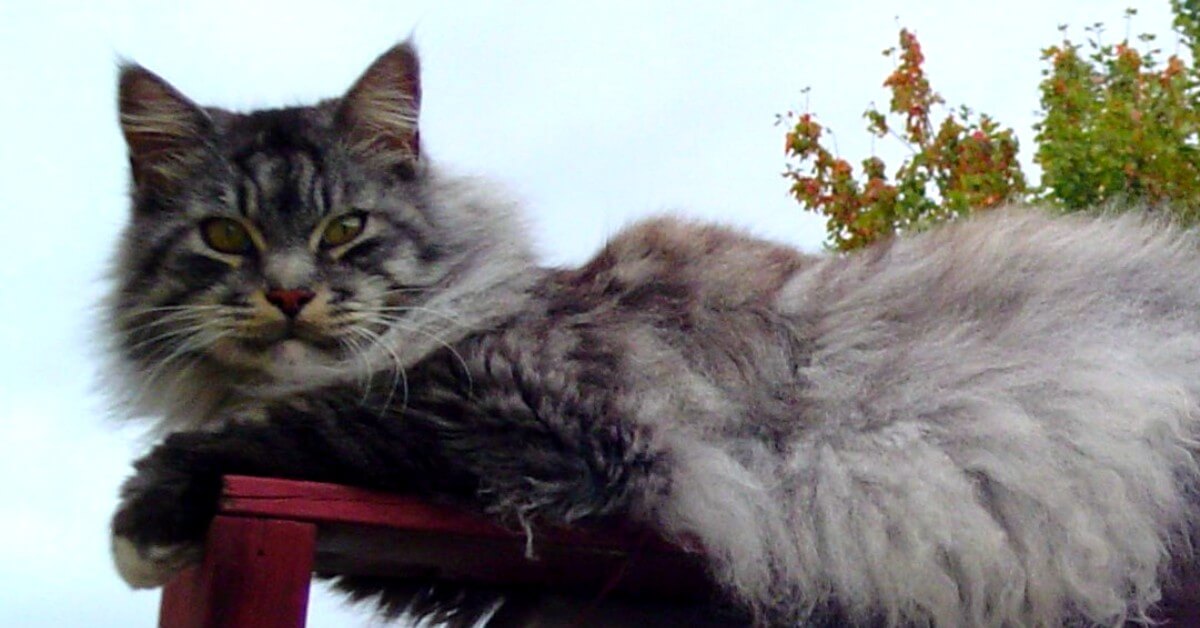 I can clearly say that August 17th, 2011 was one of the saddest days of my life. It’s amazing how your head tells you ‘logically’ it’s the right thing to do – – yet in your heart, it feels like it is breaking.

Sam always had a huge fear of being in the car. Yet that morning, as we took him to the Vet he sat in his cage on the back seat, me sitting by him – he never made a sound. He didn’t even ‘appear’ to be afraid. There had been a sense of calm that had come over him that we had never seen before.

We entered the Vet’s office and of course, had to wait. Sam sat in his cage, situated on my lap and again, appeared to be perfectly calm. The night before this happened I had a full-length conversation with Sam reminding him how much we both loved him and how thankful we were that he had come into our lives. It was just so difficult holding him that night, knowing I would never get the opportunity to hold him and feel his gentle spirit.

When we left the Vet’s office – I clearly thought I would never stop crying as I’m sure most of you have experienced when going through a situation such as that. I was extremely grateful to friends and family who phoned during that time.

I was expecting a sign from Sam almost immediately. When we put Casey to sleep, it was 2pm… and I had my sign from Casey by 4pm. Of course, I was expecting the same from Sam. Ohhh – but I forgot!!! Sam always had the need to do a performance (if you haven’t read my tribute to Sam, you may wish to do so now in order to understand the total personality of a cat who is a Scorpio with a Moon in Aquarius). Plus Sam being a Scorpio was going to do things entirely on ‘his’ time.

That evening my friend Laura and I went out for supper. I was lamenting “What is he doing!!! Why hasn’t he let me know he safely arrived yet?” I was almost in panic mode. Not that I believed when someone travels to the other side, they don’t arrive safely. But sometimes one’s logical state leaves a lot to be desired during these traumatic times. I was concerned that maybe after we left, the Vet decided to make him well and keep him for himself. (Even though I really did know that was highly unlikely as Sam was extremely sick when we brought him in). But I couldn’t understand in my illogical mind why Sam didn’t seem to care that I was looking for him, and had not been able to hear from him.

In my dreams that night, I dreamt I saw Sam in a field of flowers chasing butterflies with Frisky….okay, I thought, but I probably made that up in my mind to make myself feel better. So, to me, that wasn’t a sign.

The next day I was asked to speak to a group of participants who were attending a workshop at Oceanstone. When I got up that morning I was convinced that Oceanstone – – was where I would get my sign. So I arrived early. I parked the car, got out and walked around. I looked in every pond. I looked up high in every tree on the property. I searched the sky, looking for cloud formation – – Nothing! Under my breath, I kept saying: “Sam where are you?” It is the human side of us that sets up the fear that perhaps we will simply miss the sign.

Previous to the talk, we all sat for lunch and did some in-formal ‘hello’s’. I was glad to have this distraction as it allowed me to focus on something other than my breaking heart.

We walked down to the Main Lodge where I would be speaking. As we rounded the corner, there was a group of Geese honking like crazy. As a matter of fact, they were so loud that we had to stop until they chose to be quiet. Inwardly I thought “They are honking out the heralding of news.” Geese often ask us to be aware of what is before us.

I saw with my back to the windows showing the wide ocean behind me and the warmth of the sun was feeling very energizing. My talk was on Astrology. I was halfway through the talk when all of a sudden behind me there was a huge commotion. Everyone’s attention strayed from me as they watched the commotion going on outside. A hawk had created quite a stir among the sea-gulls. Straight across our line of vision, covering each one of the 8 windows flies this hawk with 10 sea-gulls behind him – each of them squawking. I simply had to stop my talk for a number of reasons: 1) nobody could hear me over the commotion of the seagulls 2) nobody wanted to pay attention to me as the action outside the window was quite enthralling.

Obviously, now as I look back, that indeed was Mr. Performer Scorpio, Sam, himself sending me a message. But I have to be honest – I missed it! I teach the course on watching for signs but I missed it! I was soooo annoyed at this Hawk for interrupting my presentation and throwing me off track. It took me a few minutes to bring my listener’s attention back to the room and the topic of discussion.

The presentation then ended and after many hugs and ‘goodbye’s’ I started my walk back to my car. I still did not get that the Hawk was sent by Sam. Again I searched the pathway – looking in trees, up in the sky or anywhere that I thought I may be able to find the sign. I was beginning to feel really rejected by Sam.

It was a hot day and driving home I had the windows down. Again I searched the sides of the road to see any sign that Sam may have sent me. I truly believe that our pets and loved ones let us know when they have reached the other side. A cock Pheasant ran out from under some bushes and ran along by the side of the road. I questioned – could this be it? But inwardly, I got a resounding ‘no’. Finally, I was getting frustrated, as it had now been more than 24 hours.

I began talking out loud as the frustration now turned to anger and fear. I hit the steering wheel with the heel of my hand and said “Damm it Sam – where are you?” Out loud I continued: “ Okay Universe I’m just a little pissed off so the next song you play make it be a sign – – please.” The next song on the radio was “Age of Aquarius” which was really quite amazing all on its own, considering that it is a 60s song.

Sam and I both had an “Aquarian” connection. I am an Aquarian and he was a Scorpio but his Moon was in Aquarius”. If you remember the song it says: “When the moon is in the 7th house” – – which was where Sam’s moon was in his chart. One would think that would be connection enough. But…obviously not enough for me……even though I must admit, it surprised me that the Universe had answered so quickly.

I arrived home with the full intent of looking up the animal medicine cards relating to the pheasant. As I was reaching for my book, my mind (intuition) said: “Wait a minute – – didn’t you see the hawk?” Okay, so I’m now going to look up pheasant and hawk.

As I sat on the couch surrounded by my various animal medicine books, it hit me like a ton of bricks. Hawk is all about bringing messages from the other side. The hawk was such a Sam thing to do! He was always the performer and it was always his intent to find the time when he could get the greatest audience. How could I possibly have missed that sign?

I immediately called my Mom to tell her that the sign had come through. I have to share this little bit of the story with you, as my Mom doesn’t quite understand the whole ‘energy’ world and sometimes will ask questions that to me sound funny; but to her sounds very logical. Plus she has a great sense of humour. After I finish relating the whole hawk story – she starts to laugh. “So, I suppose,” she says, “that when I die you want me to look around to find a hawk to send you. What happens if I can’t find a hawk?” It struck me so funny!

When my husband came home I started relaying the story about the hawk and how that was such a Sam thing to do. As I was telling the story, I looked out my living room window. There on the ground sat a mourning dove preening itself. My attention was drawn to watch it. As I was looking at it, it pulled out a tail feather and stuck it straight up in the ground. Now there was a SIGN! I teach people, that when they are thinking about something and they come upon a feather sticking straight up in the ground, this is a true sign that what they are thinking/saying is indeed correct. I could almost hear Sam saying “My goodness Mom – have you got the sign YET – what more do you expect?”

I burst into laughter… healing began that afternoon!